Apple launched its iOS 14 update in Q1 2021 which forces iPhone users to “opt-in” to be tracked by 3rd party apps downloaded from the App Store. It rolled out officially on Facebook on 1/19/21.

Many users have opted-out of being tracked, leaving major blind spots in performance data, hindering the ability to target, limiting data sets off of which to algorithmically optimize — each of which can hurt your Facebook advertising performance.

TL;DR — it's a big deal. Learn what steps you can take to adapt your campaigns today.

Get it now FREE! 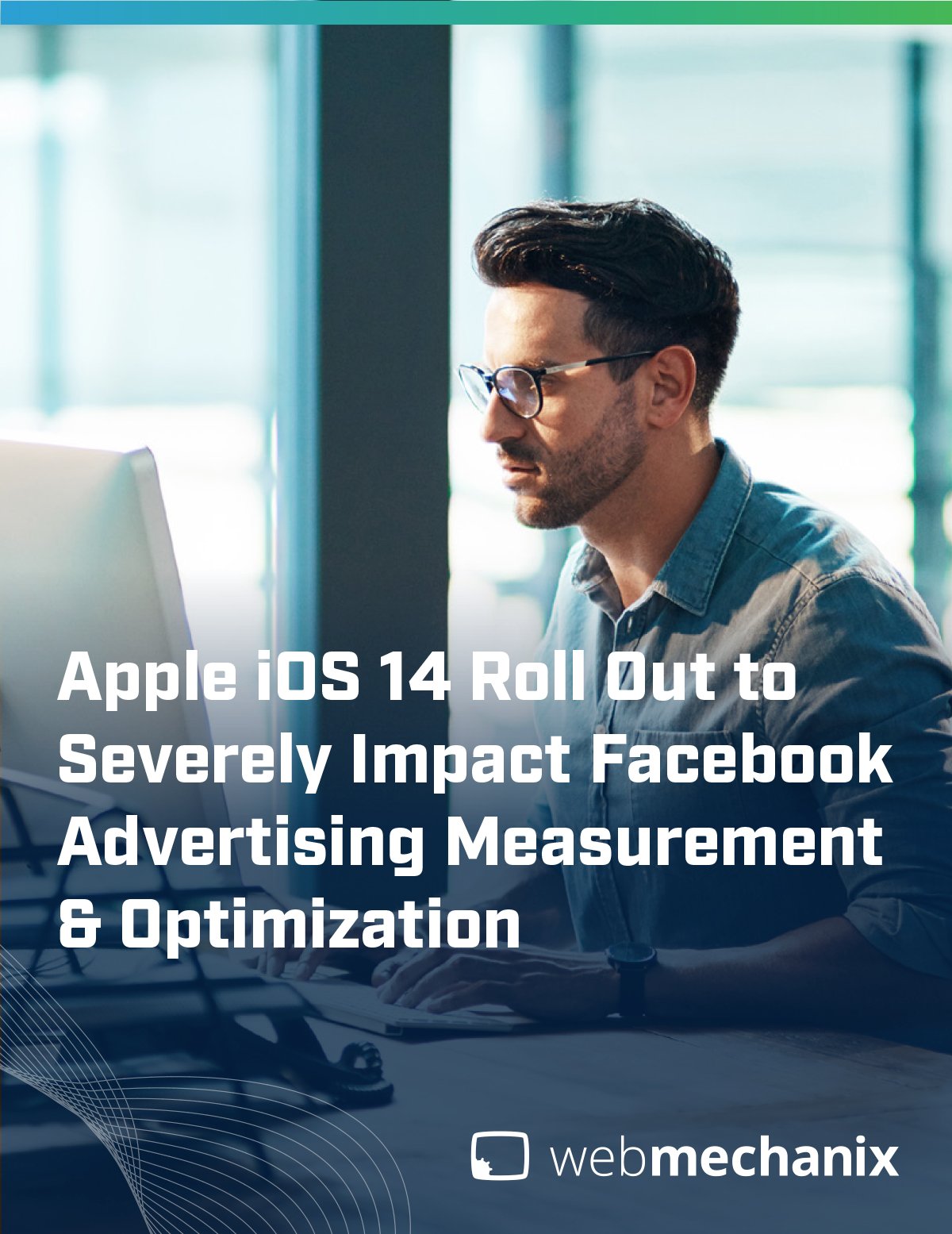